LATEST NEWS: Due to new covid measures we are postponing The Ratpack shows on the 13th and 14th November Sorry for any inconvenience.
CLICK ON THE POSTERS BELOW TO BUY TICKETS

Morrelli Events Ltd this year  saw  the return to Cyprus  of Regina to preform  Queens classic  hits . Regina are regarded  as one of the greatest and sexist Queen tribute acts there is .

We arranged for this top tribute band to come back over by popular demand.

Regina was born in 1999 from the union of four guys who love music and QUEEN. They are appreciated a lot, even if the formation changes over the years, but it is with the arrival of DIEGO REGINA that the band literally explodes, even going to participate in the talent show Italia's Got Talent on Canale 5 resulting among the best 6 artists of that edition.

After the unfortunate incident that hit the frontman, a series of vicissitudes led to the separation of Diego from the rest of the band. During the long rehabilitation process, the meeting took place and then the merger with 4 young people from Abruzzo who tried to make the best of Queen's original sound, and thus Regina was reborn in 2017 with a new lineup, always with Diego in charge!

The 60's Explosion was fantastic, performing all of the favourite '60s classic tunes, from THE BEATLES, THE DAVE CLARK FIVE, THE MONKEES, THE SEARCHERS, THE SWINGING BLUE JEANS. We had great attendance throughout and the comments were excellent. Brillant boys. The band came booted, suited and ready for action. Not only looking great, but also sounding the part with great vocal harmonies and period inspired equipment.
Superb musicians who enjoy their work, THE 60s EXPLOSION were friendly and ultra professional and best of all........
.......they played GREAT MUSIC!!

The local shipping company with the international reputation 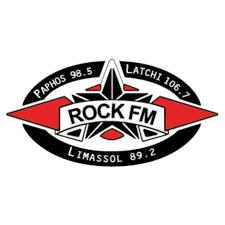 One of our Main SpROCK FM
Sponsors